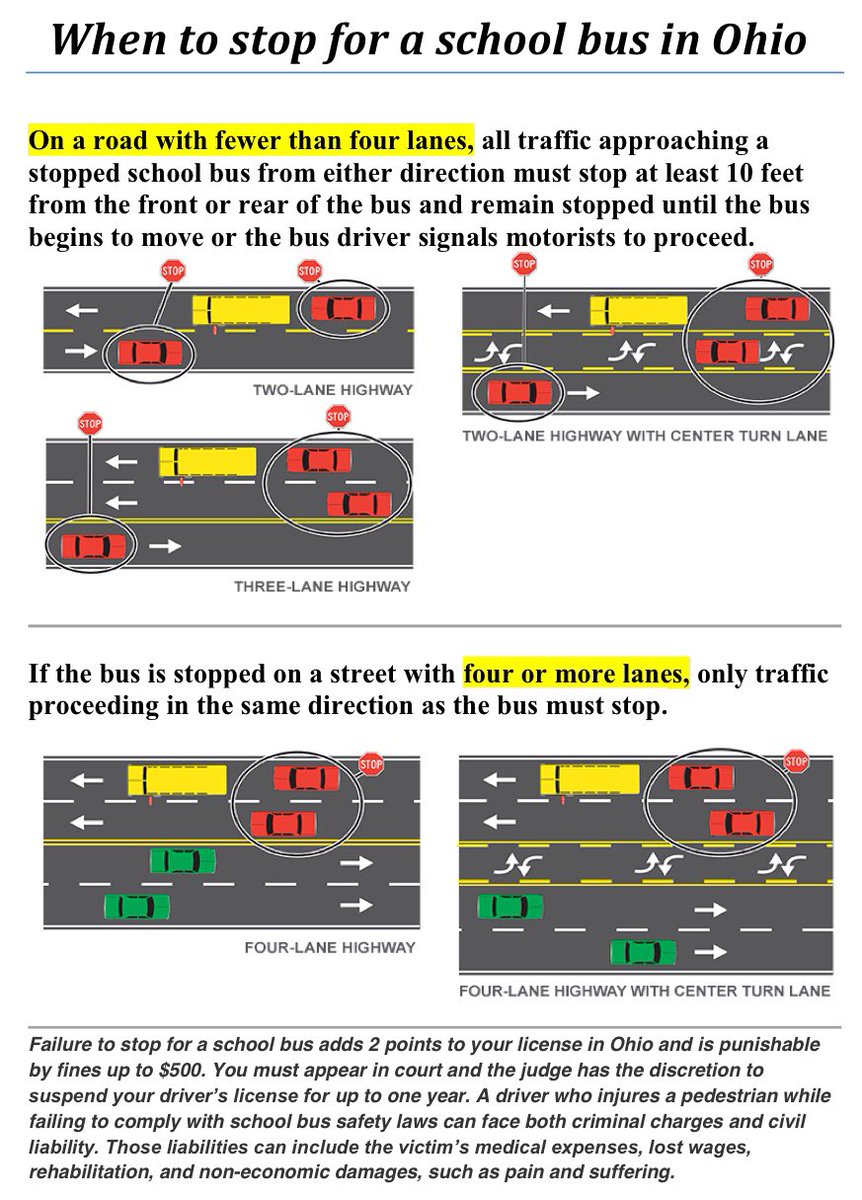 In many states, traffic may resume when the school bus lights are off. In Ohio, traffic can't commence until the bus resumes movement or until it's waved on by the school bus driver. Other personnel who are allowed to move on traffic when a school bus is stopped include peace officers and school crossing guards.

School bus traffic laws are listed in the Ohio Revised Code, the law book for the State of Ohio. You can find traffic rules about stopping for school buses in Ohio Revised Code Section 4511.75.

Highways with Four or More Lanes

On roads with four or more lanes, only traffic moving in the same direction as the bus must stop when the school bus stops to release passengers. Traffic coming from the opposite direction doesn't have to stop in these instances. To facilitate this law, children are dropped off on the same side of the road as their residences, so they won't have to cross the street

Divided highways are treated the same as those with four or more lanes. Oncoming traffic doesn't have to stop regardless of how many lanes of traffic there are, but traffic moving in the same direction still has to stop. Traffic must stop no less than 10 feet away from the school bus

Waiting for a Stopped School Bus

The wait for a stopped school bus may seem to take a while in some cases. That's because according to Ohio law, the bus driver must wait to resume its travels until all exiting passengers are a safe distance away from the bus.

A school bus doesn't have to be equipped with an extending stop safety sign in order for traffic to stop. When bus lights are flashing, this is sufficient to signal drivers that they need to stop, as the bus is loading or unloading passengers.The amber and red visual signals required for a school bus are listed in Ohio Revised Code Section 4511.771.

Those who violate school bus traffic stop laws may receive a $500 fine and could have their driver's license suspended for no longer than listed in Ohio Revised Code Section 4510.02, which describes the lengths and classes of suspensions. Those who violate school bus traffic laws can't plead guilty on the site, but must attend a court hearing in person. 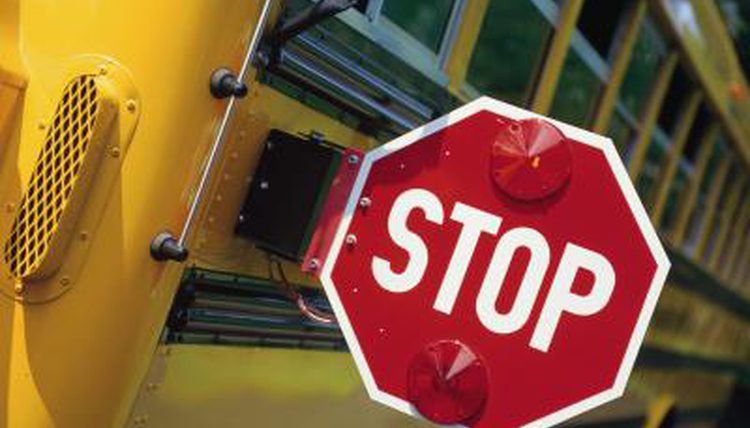